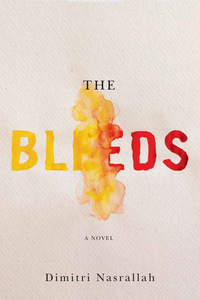 From the author of the widely acclaimed Niko comes a fresh take on the political thriller, an allegory of power and privilege resurrected from the thwarted ideals of the Arab Spring. In The Bleeds, Nasrallah overturns the conventions of the political novel to focus on the corroded luxury and power structures framing the lives of those most affected by war and insurrection. For half a century, the Bleeds have ruled with an iron fist. Once hailed as the founders of an independence movement, they've long since cemented into corrupt autocrats upheld by the foreign investors who manage their region's uranium trade. The aging Mustafa Bleed orchestrated the election of his son, Vadim, but Vadim's first term has proven he's more interested in the casinos of Monaco than his new role as leader. Now that an election has set the stage for revolt, opposition leaders, foreign diplomats, and journalists are fomenting a revolution against the Bleeds. All the while, father and son grapple with bonds of love, loyalty, betrayal, and paranoia. Dimitri Nasrallah's second novel, Niko, was nominated for CBC's Canada Reads and the International IMPAC Dublin Literary Award, and has been published in four languages. His debut, Blackbodying, won the McAuslan First Book Prize. He lives in Montreal, where he teaches creative writing at Concordia University.