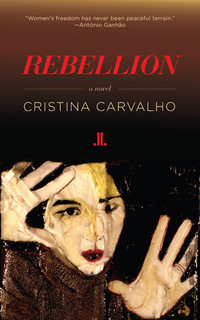 Rebellion is Portuguese literary celebrity Cristina Carvalho’s international debut. Born a rebel, Lena escapes her provincial existence and heads for Lisbon as a young woman to make a more exciting life for herself. Once there, though, she makes a series of fateful decisions--spending a night in a brothel, embarking on a marriage she lives to regret, longing instead for the blue-eyed man of her dreams. The timeless, anchorless, startling, and entirely credible narrative voice of Cristina Carvalho’s extraordinary novel lays bare the intimate difficulties of Lena’s life, first at her parents’ boarding house and then, later on, with her husband and their son in the city. No matter where we live, every one of us knows a woman like Lena, but few of us have ever found ourselves right inside Lena’s mind before—not in fiction, not in any language.