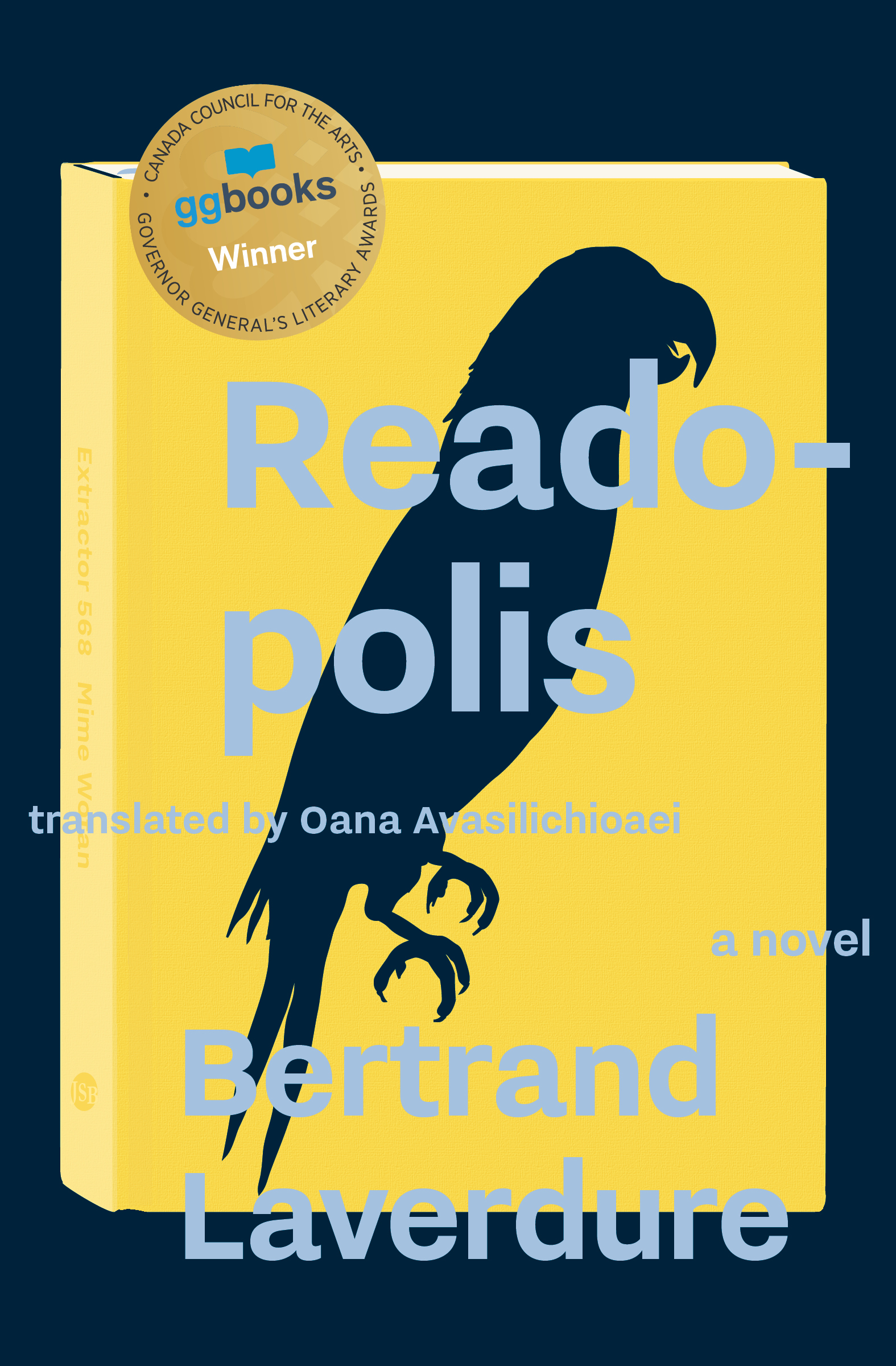 It's 2006 and down-and-out protagonist Ghislain works as a reader for a publishing house in Montreal. He's bored with all the wannabe writers who are determined to leave a trace of their passage on earth with their feeble attempts at literary arts. Obsessed by literature and its future (or lack thereof), he reads everything he can in order to translate reality into the literary delirium that is Readopolis—a world imagined out of Chicago and Montreal, with few inhabitants, a convenience store, a parrot, and all kinds of dialogues running amok: cinematic, epistolary, theatrical, and Socratic.

In the pages of Readopolis (Lectodôme in the original French), Laverdure playfully examines the idea that human beings are more connected by their reading abilities than by anything else. Funny and sardonic, whimsical and tragic, this postmodern novel with touches of David Foster Wallace and Raymond Queneau portrays the global village of readers that the Internet created, even before the 2.0 revolution.