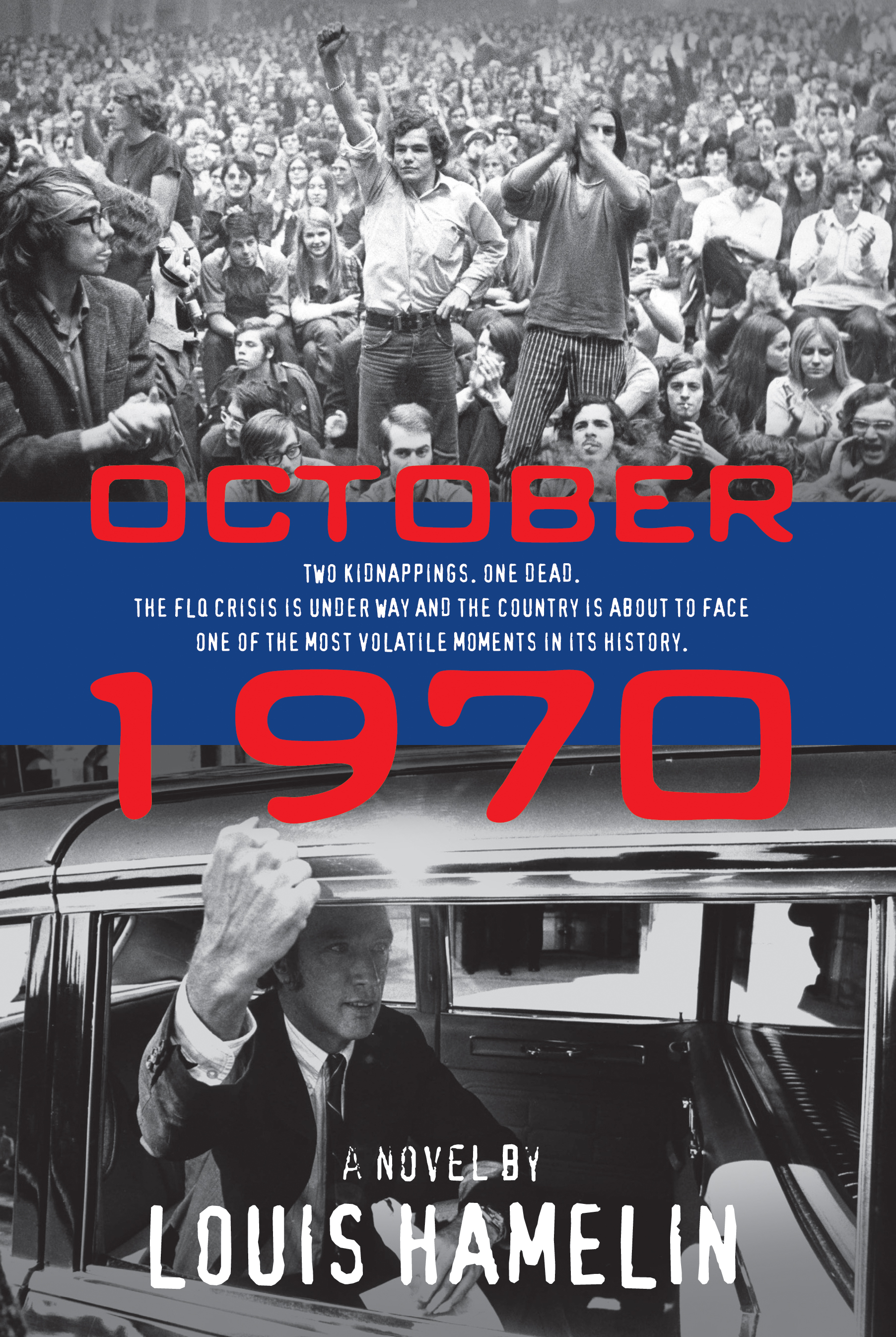 Longlisted for the Scotiabank Giller Prize. Selected as an Amazon.ca Best Book.

October 1970. Two kidnappings. One dead. A crisis unlike anything the country had ever seen — here is the story behind history . . .

Thirty years after the October Crisis, Sam Nihilo, a freelance writer whose career is in a slump, is drawn to the conspiracy theories that have proliferated in the wake of the events. While investigating the death of one of the FLQ hostages, Nihilo sees his life consumed by an inquiry that leads him further into a flurry of facts, both known and newly discovered. Soon, secret agents, corrupt police officers, politicians, and former terrorists of the Front de Libération du Québec form a mysterious constellation around him, and at the centre lies a complicated and dangerous truth.

In the tradition of Don DeLillo’s Libra, October 1970 is a thrilling fictional account of the events that shaped one of the most volatile moments in recent history.