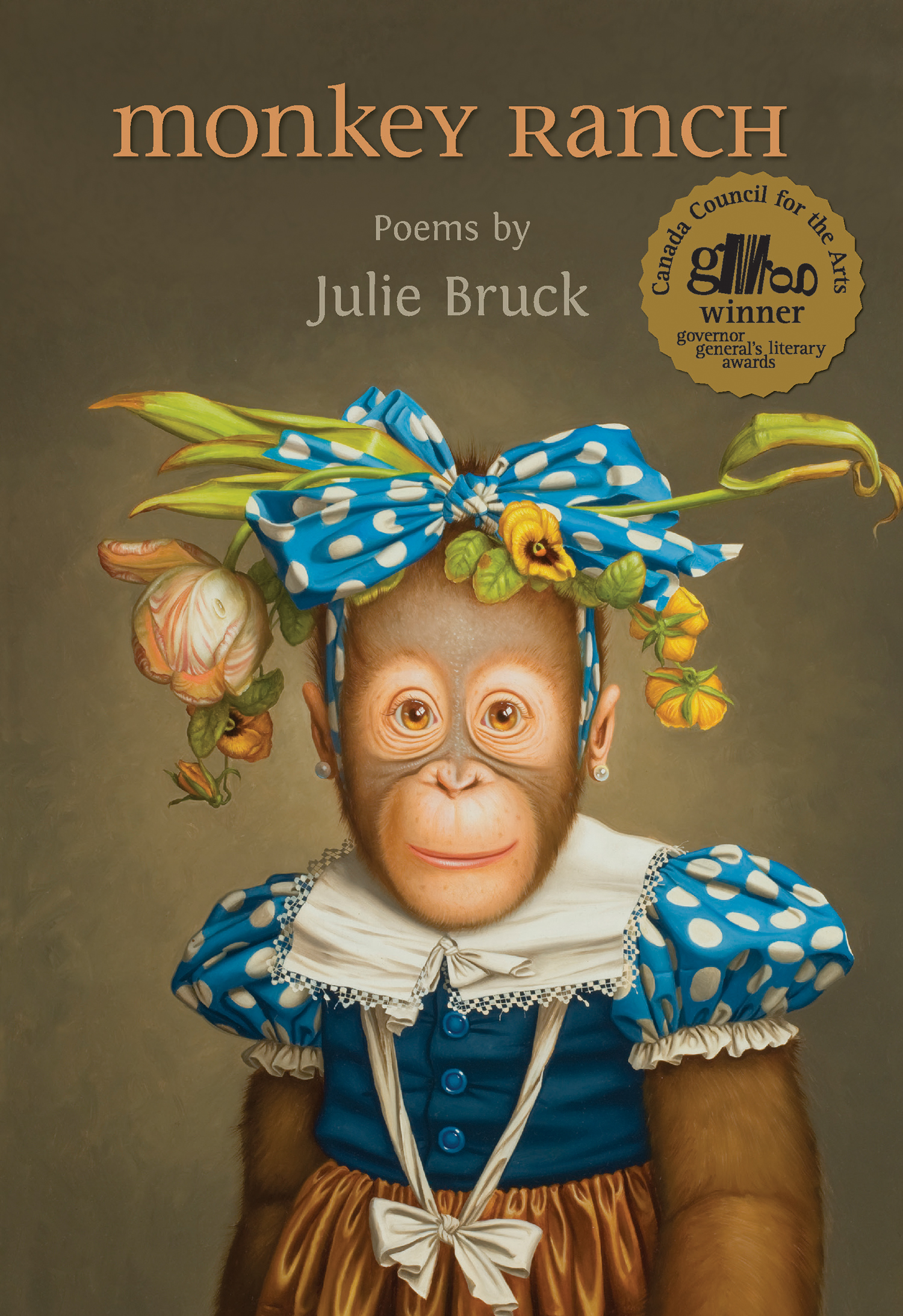 Winner of the 2012 Governor General’s Award for Poetry, a Globe 100 Book for 2012, shortlisted for Pat Lowther Memorial Award and CAA Award for Poetry 2013. Comic and sober by turns, these poems ask us what is sufficient, what will suffice? … a mandrill, a middle-aged woman, a shattered Baghdad neighbourhood, a long marriage, even a spoon, grapple with this unanswerable conundrum—sometimes with rage, or plain persistence, sometimes with the furious joy of a dog who gets to ride with his head through a truck’s passenger window. Julie Bruck’s third book of poetry is a brilliant and unusual blend of pathos and play, of deep seriousness and wildly veering humour. Though Bruck “does not stammer when it’s time to speak up,” and “will not blink when it’s time to stare directly at the uncomfortable,” as Cornelius Eady says in his blurb for the book, “in Monkey Ranch she celebrates more than she sighs, and she smartly avoids the shallow trap of mere indignation by infusing her lines with bright, nimble turns, the small, yet indelible detail. Bruck sees everything we do; she just seems to see it wiser. Her poems sing and roil with everything complicated and joyous we human monkeys are.”