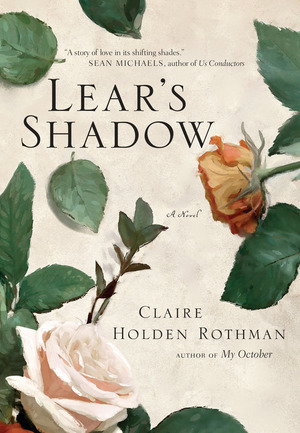 This reading group guide for Lear’s Shadow includes discussion questions and a Q&A with author Claire Holden Rothman. We hope that they will enrich your conversation and increase your enjoyment of the book.


1.      Is there more than one way of interpreting the novel’s title? Discuss different possible meanings.

2.      The novel’s epigraph is a line from Shakespeare: “Who is it that can tell me who I am?” As we grow up, our self-definitions change. Do Bea’s definitions of herself evolve? If so, why and how?

3.      What impact does Bea’s cleft lip have on her life? Does her perception of it evolve? What significance, actual and metaphorical, does the cleft have?

4.      How would you describe Bea’s relationship with her sister – does it change over the course of the novel? In what ways?

5.      Discuss how the intensity of the weather – storms, heat waves – informs the novel. Is weather a backdrop, or is there more to it?

6.      Discuss the different ways that the novel portrays grief and mourning.

7.      Early in the novel Bea’s boss, Dave Samuels, says there are two types of stage managers: sergeant majors and mothers. His only requirement of Bea is that she, a childless woman, be a mother. What is he getting at? In this novel about fathers and daughters, how does motherhood fit in?

8.      Discuss the different ways that the novel explores the themes of betrayal and reconciliation.

9.      Discuss youth and age and how intergenerational conflict plays out in this novel. Is the story hopeful on the subject?

10.  Discuss the different ways that the novel explores love – between parents and children, between siblings, between romantic partners, even, more generally, between people working together. (not sure about this question….)

11.  An angel bookends the novel. What meaning does this image of the angel suggest for you?

12.  Lear’s Shadow is informed by one of Shakespeare’s last and greatest plays. Suggest some points of contact between the book and King Lear. Suggest some divergences.

14.  How do you feel about the way that Sol distances himself and his family from his father?

15.  What does the future hold for Bea after the close of the novel?

16.  Is Lear’s Shadow sad or hopeful? How did you feel as you came to the end of the novel?

Q & A with Claire Holden Rothman


Lear’s Shadow weaves together several different threads. What were the inspirations for the novel? How did it come together over time?

In the spring of 2011, I had just finished writing my last novel, My October. I was tired and greatly in need of a break from desk work. A job opportunity came up at Repercussion Theatre, a Montreal troupe that presents Shakespeare plays in local parks. I was hired as an assistant stage manager, pretty much the lowest rung on the theatre ladder. I was delighted to be doing something new and learning about theatrical craft.
I bought a cell phone for the first time in my life. Every morning, I walked out the door and saw the sun instead of my computer screen. I can’t say I was brilliant at my new job. I found it challenging to focus on props and costumes and other logistical details. I’m more of a storyteller than an organizer. But I had fun. I made friends. Still, by summer’s end, I knew stage management was not for me. I also knew I had the idea for a novel.
Taking King Lear as its inspiration, the novel would be about an aging patriarch and his daughters. At first there were three, named simply A, B, and C. As writing progressed, I found that A was superfluous. Daughters B and C remained. Bea (pronounced Bee) and Cara were born.
The next real-life spring, 2012, brought student protests and also terrific, violent storms. Shakespeare’s play, King Lear, is full of young people rising up against the old. It’s also full of violent weather, so student unrest and the great Montreal storm of May 29, 2012 went into the book that would become Lear’s Shadow.
And finally, while the book was being written in 2014, I attended a filmed version of King Lear performed by the National Theatre in London, UK. This startling production, directed by Sam Mendes, featured Simon Russell Beale playing Lear as a Stalinesque tyrant dressed in a Soviet-style military uniform. He was volatile, violent, obsessed by appearances and easily offended. In an interview during the intermission, Beale mentioned a form of dementia I had not heard of: Lewy Body Dementia. He listed the symptoms: frequent and easy slippage from lucidity into confusion, sleepwalking, rage, and sometimes hallucinations. He said that Shakespeare’s Lear was a textbook case. Suddenly, scenes in King Lear that had puzzled me made sense. The interview with Beale opened up the play for me, and also gave me material to build my character, Sol Rose.

Are you a serious play-goer generally? In what ways does that experience – watching from the audience rather than watching from backstage – inform the novel?

I love attending plays as a spectator and as a writer. My husband Arthur Holden is an actor and playwright, so we see a lot of shows here in Montreal. I consider theatre his realm, however, while the novel is mine.
A couple of years ago, I saw Noises Off, a brilliant stage farce by Michael Frayn. In the first two acts, I laughed until I cried remembering my experiences sitting in the dark swatting mosquitoes during the summer of 2011. In the theatre trade, lives unfold backstage, even as the play unfolds up front. Marriages end, love affairs begin, people mourn the vigour of their youth, addictions are manifested and, of course, there are fights. The whole human drama is played out. I loved watching it all.

How did you research Sol’s illness, its effects – on himself, on his loved ones – and the medical and social responses around it?

After Simon Russell Beale mentioned Lewy Body Dementia during that filmed production of King Lear, I got to work. I googled the disorder and read all about it on medical websites. Then I consulted people in the field of geriatric medicine and, with their guidance, looked at current scientific papers. I also contacted the Alzheimer’s Society to learn more about dementia and the aging brain. Choosing a subject like this necessarily means doing some homework. I’m no expert in geriatrics, but I learned all I could so as to offer readers a realistic fictional world populated by credible characters. If I’ve gotten things wrong, the responsibility is entirely my own.

Not unlike Beatrice Rose, I’m a pretty unplugged person myself. I don’t own a cell phone. Nor am I on social media. I’m occasionally urged to join the plugged-in world of the 21st century, and I sometimes worry that my failure to do so has harmed my career. But so far, I’ve kept my distance.
For me, creativity requires quiet and solitude. The general agitation of social media doesn’t really suit my way of making art. Emails are a constant distraction in my life, eroding concentration and time spent on fiction. How much worse would things get if I devoted attention to Facechat and Twitbook? Yet I acknowledge the miracle of instant global connectedness. It’s a real dilemma. There are beautiful voices out there. And there’s a lot of background noise.

Can you discuss the impulse to put a literary classic in your novel?

Michael Cunningham, a writer whom I admire enormously, has been an inspiration in this regard. I have read every novel he has written, four of which are built around a literary classic that has deeply marked him. His most famous novel, The Hours, pays novelistic tribute to Virginia Woolf’s Mrs. Dalloway. By Nightfall builds on the foundation of Thomas Mann’s Death in Venice. I wanted to see if I could build a contemporary Montreal novel around a play I happen to love, King Lear. I wanted the connection to be manifest without becoming rigid or formulaic. I’ve paid homage to classics in the past. My second novel, My October, is, in part, a tribute to Gabrielle Roy’s Bonheur d’occasion. In Lear’s Shadow, I’ve made the tribute – to Shakespeare, in this case – a little more explicit.