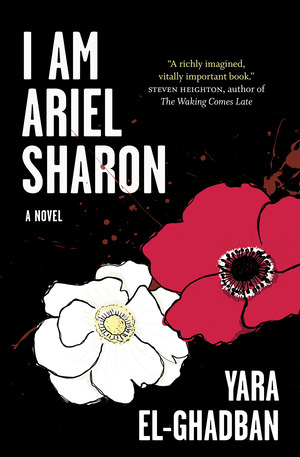 I Am Ariel Sharon

An innovative and bold novel, I Am Ariel Sharon dives into the mind of the controversial Israeli prime minister during his eight-year coma as he faces the spirits of the women closest to him.

It is 2014, and Prime Minister Ariel Sharon, the “King of Israel” and Minister of Defence during the Lebanon War and the Sabra and Shatila massacre, has lain comatose for eight years. As death approaches, he is addressed by the women in his life — his mother, Vera, and his wives, Lily and Gali. Appealing to the humanity in a man often considered a monster, they evoke his family’s flight from Russia to Mandatory Palestine, his mother’s reluctance to have emigrated at all, his paramilitary upbringing and later life as a soldier, and the massacres the so-called “Butcher of Beirut” helped put into action.

Like latter-day Greek Furies, the women confront on their own terms a figure so terrifying to so many. They sing the brutality of his life, lament his maltreatment of the Palestinian people, and demand he face up to his part in the bloodshed of Israel’s wars. Here is an extraordinary and impassioned story of nearly impossible empathy and reckoning, a meeting of antagonists that only the award-winning Palestinian Canadian writer Yara El-Ghadban could imagine.