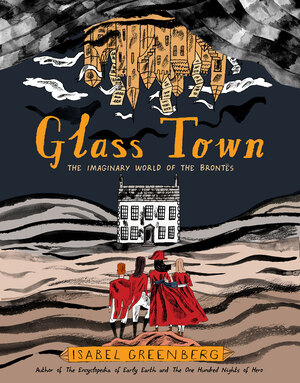 A graphic novel about the Brontë siblings, and the strange and marvelous imaginary worlds they invented during their childhood

Glass Town is an original graphic novel by Isabel Greenberg that encompasses the eccentric childhoods of the four Bront. children—Charlotte, Branwell, Emily, and Anne. The story begins in 1825, with the deaths of Maria and Elizabeth, the eldest siblings. It is in response to this loss that the four remaining Bront. children set pen to paper and created the fictional world that became known as Glass Town. This world and its cast of characters would come to be the Brontës’ escape from the realities of their lives. Within Glass Town the siblings experienced love, friendship, war, triumph, and heartbreak. Through a combination of quotes from the stories originally penned by the Brontës, biographical information about them, and Greenberg's vivid comic book illustrations, readers will find themselves enraptured by this fascinating imaginary world.