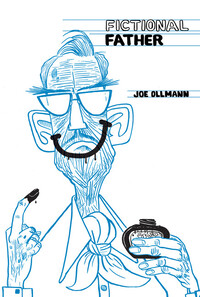 A dysfunctional family lives in the shadow of a world famous comic strip and its tyrannical creator Caleb is a middle-aged painter with a non-starter career. He also happens to be the only child of one of the world?s most famous cartoonists, Jimmi Wyatt. Known for the internationally beloved father and son comic Sonny Side Up, Jimmi made millions drawing saccharine family stories while neglecting his own son. Now sober, Caleb is haunted by his wasted past and struggling to take responsibility for his present before it?s too late. His always patient boyfriend, James, is reaching the end of his rope. When Caleb gets the chance to step out from his father?s shadow and shape the most public aspect of the family business, he makes every bad decision and watches his life fall apart. Is it too late to repair the harm? Are we forever doomed to make the same mistakes our parents did? Joe Ollmann is a master at portraying inner torment. His characters vacillate and sob and rage. His furrow browed and deeply-lined cartooning has never been more expressive than in Fictional Father. Caleb storms around and slumps in equal measure as he tries to figure out who he is beyond the neglected son of a famous man. In addition to being a devastating portrait of the Wyatt family, Fictional Father is a hilariously sardonic interrogation of artmaking and cartooning in particular.