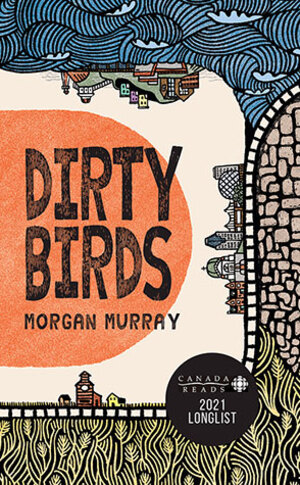 In late 2008, as the world’s economy crumbles and Barack Obama ascends to the White House, the remarkably unremarkable Milton Ontario – not to be confused with Milton, Ontario – leaves his parents’ basement in Middle-of-Nowhere, Saskatchewan, and sets forth to find fame, fortune, and love in the Euro-lite electric sexuality of Montreal; to bask in the endless twenty-something Millennial adolescence of the Plateau; to escape the infinite flatness of Saskatchewan and find his messiah – Leonard Cohen. Hilariously ironic and irreverent, in Dirty Birds, Morgan Murray generates a quest novel for the twenty-first century—a coming-of-age, rom-com, crime-farce thriller—where a hero’s greatest foe is his own crippling mediocrity as he seeks purpose in art, money, power, crime, and sleeping in all day.