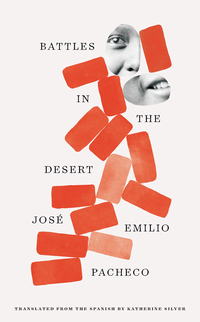 This landmark novella—one of the central texts of Mexican literature, is eerily relevant to our current dark times—offers a child’s-eye view of a society beset by dictators, disease, and natural disasters, set in “the year of polio, foot-and-mouth disease, floods.” A middle-class boy grows up in a world of children aping adults (mock wars at recess pit Arabs against Jews), where a child’s left to ponder “how many evils and catastrophes we have yet to witness.” When Carlos laments the cruelty and corruption, the evils of a vicious class system, his older brother answers: “So what, we are living up to our ears in shit anyway under Miguel AlemÃ¡n’s regime,” with “the face of El Senor Presidente everywhere: incessant, private abuse.” Sound familiar?
Â Â Â Â Â Â Woven into this coming-of-age saga is the terribly intense love Carlos cherishes for his friend’s young mother, which has the effect of driving the general cruelties further under the reader’s skin. The acclaimed translator Katherine Silver has greatly revised her original translation, enlivening afresh this remarkable work.